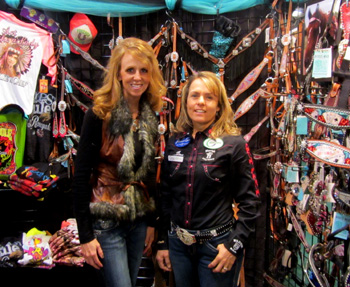 Although a hardworking and successful barrel horse trainer and jockey for many years, until recently, Michele McLeod wasn’t exactly a household name. Until 2013, she had chosen to stick fairly close to home. However, when an incredible partnership (and an incredible horse) presented itself – it only made sense to jump (run) at the opportunity, and hit the road!

Michele had a great summer. In the same article, she was quoted as saying “When you’re winning like that how could you not,” she said. “Some of the all-night drives we did were a little nerve wracking. It was so different for me – I’m used to working all day long, riding horses. For the summer I took three horses with me in addition to Slick, but sitting in the trailer waiting for the rodeo took a little adjusting.”

When the WPRA covered her Justin Boots Championship win, Michele laughed and said “I’ve spent more time in the truck now than on the back of a horse. But I wouldn’t change it for anything. This year has been incredible and I’m really excited about going to the Finals.”

Michele’s excitement is contagious, and I’m happy to share some of it with you in the video below.

I asked about what she learned while on the road in 2013, and we also discussed what makes her phenomenally talented and beautiful equine partner, Slick By Design, so special.

Check out the links below to follow Michele and Slick’s progress, as well as support her sponsors! 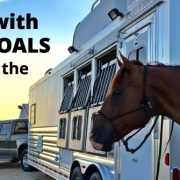 Cool Down with the Top 15 WNFR Barrel Racers

Prior and Proper Preparation with NFR Barrel Racer, Lisa Lockhart

Will You Be Sore Tomorrow, or Sorry? 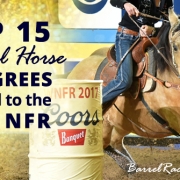 Out with the Goals, In with the New – What Do You Desire in the New Year?
0 replies

Train Like an Athlete – WIN Like a Champion! Fitness Tips from the Top... Out the Gate with the 2013 Top 15 NFR Barrel Racers
Scroll to top