FEEL is Fast! Go Beyond the Basics to Get Results | Barrel Racing Tips .com
Menu 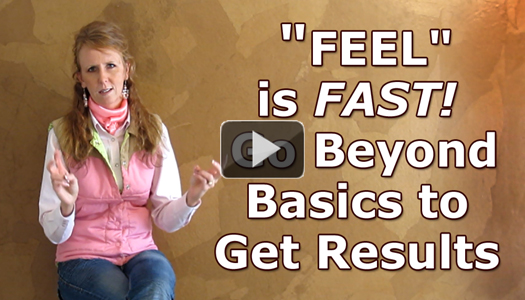 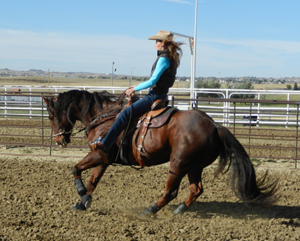 Success is hidden in the details, it’s achieved through doing the simple things with EXCELLENCE – something not near enough barrel racers do. It’s an area we can ALL benefit from exploring more deeply.

The video below is the first in a three-part series to collectively answer many barrel racing questions that have been submitted.

This week’s message covers the subject of riding with “FEEL” and shows examples of the amazing difference it can make, and how you can get on track to riding with more feel yourself, AND experiencing the positive results that are sure to follow!

To introduce this week’s Q&A video, I’ll leave you with a quote from Buck Brannaman…

“It goes beyond the mechanical to a feel. You start by having the horse operate through a feel & you start to realize these things you’ve been told a hundred times of doing less and seeing how little it takes to get the horse to do something. That operating from a feel is a whole different thing than mechanically thrashing around.”

As always, your feedback and questions are welcome and encouraged in the comments below!

For Parts II and III in this series, follow the links below:

How to Restore and Maintain Soundness with Quality Movement and Healthy Biomechanics
How to Use Body Language to “Go and Whoa”
Strip Away Constraints to Deepen Communication and Heighten Barrel Racing Success
Free, Easy and FAST – How to Support Joint Health and Function with Nutrition
Should I Take on a Barrel Horse with Issues?
Three Steps (and Exercises) to Become a Better Barrel Racing Jockey
STOP Enabling Your HOT Barrel Horse and START Empowering – Part I
The ONE Thing Good AND Bad Runs Must Have in Common for Continued Barrel Racing Success
2 replies

Discover and Develop the Horse Power You Need to Succeed! Instill Independence and Refine Body Control for Faster Times
Scroll to top
X